There were nearly 20 holes in the 816 nuclear military cave. Now only one is left, and the rest are all closed. [May Point Network] Chongqing has developed the former top secret nuclear plant as a tourist spot with the 8 years ago... 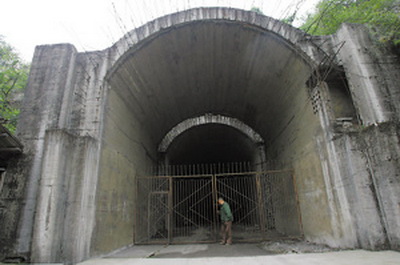 There were nearly 20 holes in the 816 nuclear military cave. Now only one is left, and the rest are all closed.

With the declassification 8 years ago, a nuclear military giant hole hidden in the Golden Mountain of Fuling opened the memory of more than 40 years of dust, telling the world that it is the legend of Asia's first artificial giant hole.

At present, the huge hole that was excavated by more than 60,000 people in that year will carry out tourism development, and will blow the assembly number to the veterans who built the giant hole that year, and invite them to revisit this military giant cave that was classified as a top secret military secret.

Tens of thousands of people participated in the construction

The 816 military industrial cave is located in Baitao Street (formerly Baitao Town) in Fuling District. The total construction area of â€‹â€‹the cave is 104,000 square meters, and 18 large holes are built in the cave. In February 1984, with the changes in the international situation and the adjustment of the national economic strategy, the 816 project was completely shut down.

The depth of the caverns in the cave is about 400 meters, the thickness of the top cover is 200 meters, and the thickness of the cover of the core building is more than 150 meters. It is understood that the 816 project is the largest artificial cavern in Asia and the world, and tens of thousands of engineers and soldiers participated in the construction conference.

On April 8, 2002, the Commission of Science, Technology and Industry for National Defense agreed to decrypt the 816 military industrial cave.

Judong is open to the public this month

Director Li of the Fuling District Tourism Bureau introduced that as a former nuclear factory entity, the "816" is open to the public in the form of tourism products and is unique in the world.

For the tens of thousands of veterans who participated in the construction that year, the tourism department of Fuling District blew the assembly number for them: by the opportunity of holding the 2010 China Domestic Tourism Fair in Chongqing from the 23rd to the 25th of this month (the closing ceremony was held in Fuling), the invitation was scattered. The veterans of the third-line construction in all parts of the country returned to Fuling to see the construction site that was once fierce in the past and recall the red years. The mysterious China 816 nuclear military giant cave tourism project will be officially opened to the public during the tourism trade fair. (åŽé¾™ç½‘)