[May Point Network] In the week before the closing ceremony, the number of people entering the Shanghai World Expo exceeded 70 million. 70 million passenger traffic means a considerable amount of tourism revenue, Shanghai and its surrounding cities...

[May Point Network] In the week before the closing ceremony, the number of people entering the Shanghai World Expo exceeded 70 million. The 70 million passenger traffic means a considerable amount of tourism revenue, and Shanghai and its surrounding cities are undoubtedly the biggest winners. According to the network monitoring and travel booking data, Tongcheng.com has given the ten cities that benefit the World Expo the most. They are Suzhou, Hangzhou, Ningbo, Nanjing, Guangzhou, Shenzhen, Wenzhou, Huangshan, Qingdao and Wuxi. Except for Guangzhou and Shenzhen, the rest are within a 1000km radius of Shanghai, confirming the forecasts of some previous institutions.

First, the ten cities that benefit the World Expo, Suzhou is the first

According to the data provided by Tongcheng.com, during the Expo period, except for the â€œShanghai World Expo One-Day Tourâ€ and other holiday routes centered on the â€œWorld Expoâ€, Hangzhou, Suzhou, Wuxi, Huangshan, Wenzhou, Ningbo, Qingdao and other surrounding cities. The number of bookings for integrated travel routes increased by 163% over the same period last year. In terms of tourist attractions, Wuzhen, Zhouzhuang, Qiandao Lake and Huangshan are the most popular. The influx of tourists has made the city's food, housing, travel, tourism, shopping, entertainment and other fields have achieved an unprecedented "big harvest."

By comparing the various tourism consumption indicators of relevant cities, Tongcheng.com found that Suzhou is the biggest beneficiary city of Shanghai World Expo. First of all, in terms of geographical conditions, Suzhou is the closest prefecture-level city to Shanghai. In terms of tourism resources, Suzhou's 2,500-year history has precipitated many historical sites. The gardens, ancient towns, and small bridges are all tourist attractions in Suzhou. Secondly, during the expiration of the Shanghai hotel, Suzhou became the main tourist diversion point for the Shanghai World Expo. According to the data of Tongcheng.com, the average hotel reservation price of hotels in Suzhou area increased by 15% during the Expo period. The occupancy rate of hotels has increased by nearly 20% compared with that before the Expo.

The reason for listing in Hangzhou is similar to that of Suzhou. In the months before the opening of the World Expo, Hangzhou was fully prepared to meet the World Expo, and its tourism enterprises were even more rigorous. Convenient transportation and high-quality tourism resources make Hangzhou a good grasp of the huge business opportunities of the Expo. Nanjing, Ningbo and Wenzhou are basically on the same list. Guangzhou and Shenzhen have unexpectedly harvested the tourism business opportunities brought by the Shanghai World Expo. This is evident from the significant increase in the volume of round-trip air tickets between Shanghai and Guangzhou and Shenzhen during the Expo. Anhui's Huangshan City was able to benefit from the popularity of Huangshan and some previous cooperation between the local government and the Shanghai World Expo Bureau. As early as half a year before the World Expo, Anhui Province and relevant local tourist destinations were launched. Docking the tourist route of the Expo. It is worth noting that Wuxi, which is closer to Shanghai, ranks at the bottom of the top ten beneficiary cities, which is not commensurate with Wuxi's rich tourism resources and superior geographical position. 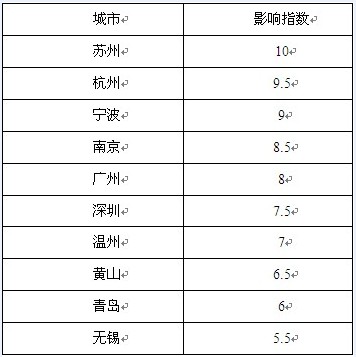 Second, after the Expo, the Shanghai hotel industry may face fierce competition

Third, the closing of the World Expo is just around the corner, the Beijing-Shanghai route is still "one ticket is hard to find"

In terms of ticket booking prices, since the opening of the Expo, the price of air ticket bookings to Shanghai has been rising all the time, especially for air tickets from Beijing to Shanghai. The price of economy class has remained at around 860 yuan, sometimes even reaching 1,100 yuan. Until October 22, when the World Expo is about to close, the flight from Beijing to Shanghai has even appeared â€œout of stockâ€. Except for some first class (2,600 yuan), there are still vacancies, and other seats are almost sold out. It is expected that the above situation will improve after the 23rd, but the booking price of the ticket is still high. According to the data of the same-time booking platform, after October 31, the price of air ticket bookings to and from Shanghai decreased slightly, with the highest drop of 25%.