Farmers in Hongkou Township of Dujiangyan joined the â€œPanda Stationâ€ chain rural tourism hotel with a spare room to renovate the farmhouse. 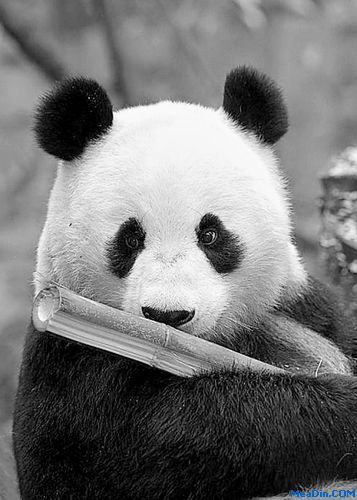 Standing at the door of the two-storey new Xiaoyang Building with its own 175 square meters, Shu Shaohui's smile in the 9th group of Guangrong Village in Hongkou Township is brighter than the spring sunshine. The couplet at the door of the house "Chunhua Qiu really has a farmer's fun mountain and embraces the water ring, which has an idyllic scenery", as if writing Shu Shaohui's voice at this time.

This Hongkou first opened the farmhouse owner. After the earthquake three years ago and the test of the huge mudslide disaster last year, it was necessary to reopen the farmhouse. The difference is that this time, he basically does not need to invest much more money, just need to use the spare reconstruction of the resettlement house, join the new business model of the Panda Station chain rural tourism hotel, from the previous "local farmer" upgrade to " Star farmhouse".

Nearly three years after the "5.12" earthquake, Dukou Township, Dujiangyan has basically failed to find a little bit of grief in the ruins of the year. On April 10, 2011, there were still 20 days from the "May 1" holiday. The most common thing for Hongkou people is to renovate the beautiful resettlement houses that have just been handed over. They plan to quickly decorate the house according to the star rating of the "Panda Station" to welcome the endless stream of tourists.

Hongkou people are full of expectations for the future. The face of Ma Yuanjian, secretary of the party committee of Hongkou Township, always has a smile. Three years have passed, Ma Yuansightâ€™s hair is less, but he can smile more.

The sheets are unified into a "panda"

Open the farmhouse without experience

When it comes to Hongkouâ€™s farmhouse, you must mention the â€œPanda Stationâ€. This is a chain of rural tourism hotels established by Hongkou Township and Chengdu Tourism Industry Promotion Center, Chengdu University Tourism Culture College, and Hongkou Rural Tourism Cooperative and local farmers. After the farmer who was damaged in the earthquake, he was assigned to the unified regulation to rebuild the new house, and took out a part of the spare room to invest in the Panda Station business company, which was operated and managed by the company. To join the farmhouse, it is also necessary to carry out the decoration according to the standard of the Panda Station, and it is required to have a "taste".

In order to meet the "May 1" holiday, the main store of Panda Station in Plateau Village is being renovated. At the same time, the aunt of the village of Hongkou Village also renovated the set of more than 100 square meters of the house. Here, it is the second branch of Panda Station. On the first floor living room, there is a new big sofa and TV. The beds in the six rooms are all in place. The sheets and pillowcases are printed with the panda pattern unique to the pandas.

"I haven't opened a farmhouse before, but I don't worry about it now." Auntie said, her voice was loud and hearty. She had seven people, and the original house collapsed during the earthquake. According to the policy, she divided three houses. "You can have a big set, but think that the dolls are working outside, it is better to have a few sets of small, more to use for farming." Auntie was early in her heart.

So, at the beginning of this year, Auntie Aunt joined the Panda Station with this 105-square-meter house and became a two-point shop. She is also preparing to apply for broadband to make it easier for guests to access the Internet. The Panda Station has equipped her with a uniform sheet quilt cover. However, Auntie, who has never had a farmhouse management experience, is not aware of the service process.

"Don't worry, we have an agreement with the College of Tourism and Culture of Chengdu University. We are a test base for college students. The school will send college students to each of the affiliated inns to guide the room service." Gao Yongqiang, deputy secretary of the party committee of Hongkou Township, said with a smile. An affiliated farmhouse has a college student counterpart service, including how to stack the quilt, how to receive the guests more politely, and will provide special training to the farmers. In order to unify management, a washing center must be set up. All the quilts that join the farmhouse are unified washing, unified disinfection, standardized and safe.

"This month, we have a special competition, which is to conduct a series of evaluations for catering, services, etc." Gao Yongqiang said that because it has not begun to pay any franchise fee when joining the "Panda Station", it will be unified management for farmers. Training, many farmers who have moved into the new resettlement houses are eager to try, and many of them have never opened farmhouses before. In Hongkou Village, there is also a branch of Panda Station, which is rushing to decorate. "Itâ€™s going to heat up soon, and Hongkou is going to be busy again. Everyone wants to grab the business opportunity of the 'May 1' holiday."

Consolidation can be divided into straight fight or turn fight, fight straight refers piece goods inside the container at the same port handling, without unpacking the goods before arrival at destination, namely goods for the same port of discharge. Such consolidation services transported short, convenient, general strength of the consolidation company will provide such services. Transsplicing refers to the port of destination is not the same goods in the container, the need in the middle of unpacking discharge or transfer. Such goods due to different destination, a long time until the boat and other factors, it is transported long period, even higher shipping