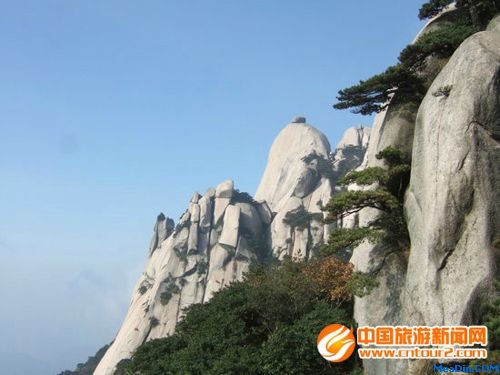 The hometown of the Seven Fairies - a scene of Tianzhu Mountain, Anhui

The World Geopark is one of the three major brands under the umbrella of UNESCO. It enjoys a high reputation in the international community along with the world natural heritage and world cultural heritage. At present, there are 78 world geoparks in the world, including 24 in China. UNESCO places 2 places in China each year, and is recommended by experts from the Ministry of Land and Resources of China. This time, Tianzhushan â€œShen Shiâ€ succeeded and became Chinaâ€™s 25th World Geopark. Xia Jizhen, deputy secretary of the Qianshan County Committee of the Communist Party of China and executive deputy director of the Tianzhushan Geological Park Management Committee, believes that the success of Tianzhushan Shenshi will bring new opportunities and top brand influence to the development of the local tourism and cultural industries. It will also further enhance the local people's awareness of the protection of precious geological heritage.

Tianzhushan World Geological Park is located in Qianshan County in the southwest of Anhui Province. It is bordered by the Dabie Mountains in the northwest and the Yangtze River in the southeast with an area of â€‹â€‹413.14 square kilometers. Tianzhu Mountain is located in the composite part of the Dabie orogenic belt and the Tanlu fault zone between the two major plates of North China and Yangtze. The park is world-famous in the world's largest, most excavated, best-exposed, ultra-high-pressure minerals and rock combination, and is one of the most typical areas for studying continental dynamics. The most beautiful granite landforms on the Tanlu fault zone are well-known in the world. In particular, the unique typical features of the collapsed and piled landforms have been praised by experts as outstanding representatives of China's â€œTianzhushan typeâ€; the production of rich Paleocene mammal fossils at home and abroad It is recognized as one of the birthplaces of Asian mammals.